Multi-satellite Data Processing System (MDPS) is one of the company leading products, capable to concurrently handle several satellite missions such as Landsat 1-7, SPOT 1-4, ERS-1/2, JERS, XSAR, NOAA AVHRR, MOS-1, Terra- MODIS, ENVISAT, RADARSAT, CryoSat, GOCE. Counting on 30 years of experience, ACS has a key role in the EO market having its systems and facilities installed in more than 25 countries around the globe.

The specific know how related to Ground Segment development has been growing in parallel with the capacity to develop remote sensing data applications. These applications study natural and 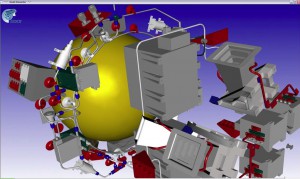 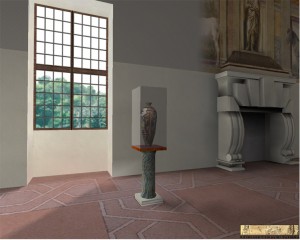 company owns a solid know how in EO data management projects and services.

ACS is currently involved in the development of the Payload Data Ground Segments of Sentinel-1, Sentinel-2 and Sentinel-3.

Starting from the experience accumulated in image processing ACS started, at the end of the 90’s a department specifically devoted to 3D-4D applications and Virtual Reality. In this sector ACS developed the system VRES for ESA, which allows scientists to merge EO data, geographical data, local measurements and Digital Elevation Models in order to build 4D shows for the scientific community and the broad public. ACS designed and implemented two Virtual Rality Theatres at the ESA-ESRIN premises in Frascati.

The experience of ACS in 3D rendering engines has also been applied to the archaeological sector and to TV broadcasting. Recently ACS has started the development of Augmented Reality systems for ESA and for the maritime sector. ACS is certified developer for Oculus Rift since 2013 and keeps experimenting and developing applications for all the available AR devices.

For further details on 3D experience of ACS consult http://acsstudio.acsys.it.